I’ve asked myself that question at least a million times. Okay, so that might be a slight exaggeration. I also get asked this question a fair amount by strangers, co workers, and friends, to which I used to answer “your guess is as good as mine.” Since I’ve matured and grown a bit, my answer has evolved and now I simply say “because it’s not my time yet.” That is, unless I’m having a “potato moment” and then I simple give a half hearted smile while rolling my eyes before I walk away. Even though I’m well aware of the practical reasons that I’ve been single for so long, I still ask myself this question from time to time. What about me is inherently un-dateable? What about me does the opposite sex find unattractive?

I’ve been given every textbook answer (and some not so textbook answers) from my family and friends: “You’re too busy”- I’m not too busy, I’m simply not wasting my time waiting around for a relationship. “You’re too picky”- I don’t happen to see it this way, I simply know my priorities and I’d rather be single than have to settle. Besides if wanting someone who is kind, funny, and has a deep faith in Jesus is too picky, then okay, color me picky. Or I’ve been told “you’re too quiet,” to which I say, I’m simply observant. I was once told by a friend “you’re the kind of girl guys marry, not the kind of girl they date.” I don’t even want to try to understand how that would kind of work. I was also told by another friend in a round about way that guys didn’t like that I had “morals.” I know where he was going with that and I refuse to accept that as an answer. So needless to say, I know why I’m single.

The thing I don’t know is why God apparently wants me to be single and has kept me single up until this point. All of the reasons that other people have stated are disproved by my observations of other people (friends, family, and strangers) in romantic relationships. I know tons of people who met their partner while busy in college or working a hectic job. I also know people who happened to find their spouse, despite being picky about everything from their spouse’s hair color to the car they drive. I also know plenty of women who never had to compromise their values in order to find a boyfriend. So what is it about me what has kept me out of the dating pool for so long?

While I can’t be 100% sure of God’s reasoning (only He knows for certain), I’ve come up with a few possible reasons that God might be keeping me and you from finding that special someone.

Let’s face it, there are some jobs that are great for couples, but there are so many other jobs that are better suited for single people. There are missionaries who travel with spouses and families and it’s great when they are called by God and follow His calling. Families of missionaries have a place, but there are also many places for singles to help spread the word of God to others who may be marginalized in a way that couples and families can’t. There are also many other ways that God may be wanting to use your talents as a single person (not everything has to be overseas mission work). He may simply by keeping you single so that you will have fewer things distracting you from a local endeavor that may require your sustained attention. He has set up work for each of us that only we can do, so talk with God and see what plans He has for you and what assignment He has for His single, beloved child. 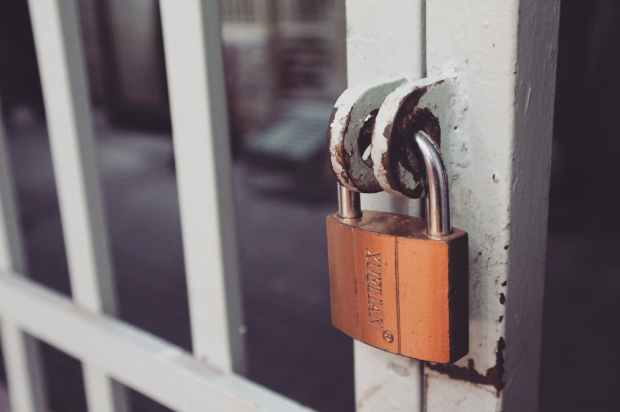 While I can’t claim to have the solid answer about why you are single, there are many things that God may be trying to do in us during our time of singleness. Whether He’s prepping us for a relationship or prepping our partner to be with us or simply prepping us to pursue the ultimate relationship with Him, you have to realize that He’s planning something pretty amazing. So use this time of singleness to your advantage. Seek out and ask God what He’s working on in you during this period of your life and truly embrace it because it’s a unique time that only God can use for your good. Who knows? You might get an unexpected and exciting answer.

This site uses Akismet to reduce spam. Learn how your comment data is processed.

What’s new at The Single’s Table?

Check out the Single’s Shop for  FREE downloads of devotional studies just for singles!